The Board of Trustees requires that every campus have a physical master plan showing existing and anticipated facilities necessary to accommodate a specified academic year full-time equivalent student (FTE) enrollment at an estimated target date, in accordance with approved educational policies and objectives. Each master plan reflects the ultimate physical requirements of academic programs and auxiliary activities on the campus. In developing the plan, the campus considers costs and benefits, functionally related disciplines and activities, instructional support needs, and environmental impact, including vehicular and pedestrian traffic flow. 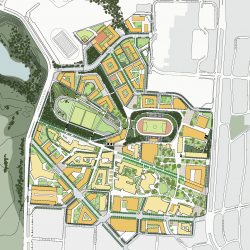 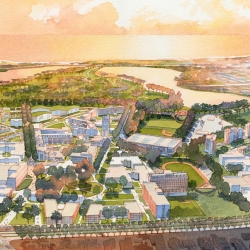 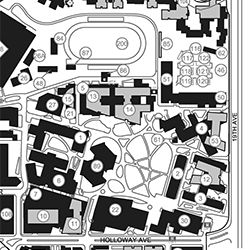 These plans set forth the goals for specific areas of campus planning. The frameworks guide the development of buildings and landscapes and support the overall physical master plan. 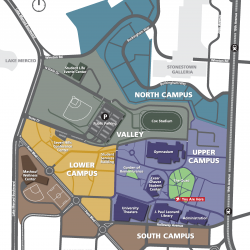 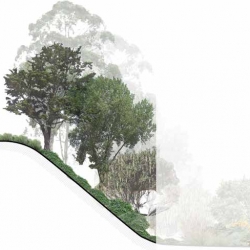 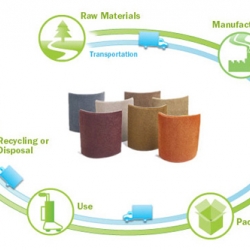 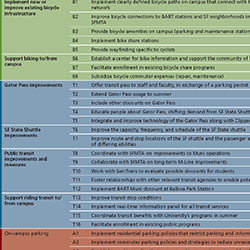 The FutureState EIR is on hold, pending the development of an intermediate plan. Click here for more information.

The CSU began evaluating the FutureState Vision Plan in accordance with the California Environmental Quality Act (CEQA), which requires that decision-makers and the public be informed about the significant environmental effects of a proposed project as part of the approval process.

The CEQA documents prepared include the following:

A letter from our President

The CEQA documents and notices prepared for the 2007 Campus Master Plan include the following: Draft EIR, Final EIR, Findings of Fact, Statement of Overriding Considerations, and Notice of Determination. These documents are provided below.

A Draft EIR is an informational document that must be considered prior to the approval or disapproval of a project. The purpose of an EIR is to provide public agencies and the general public with detailed information about the effect that a proposed project may have on the environment, to list ways in which the significant effects might be minimized, and to indicate alternatives to such a project. The Draft EIR was subjected to 60-day public review period in 2006 so that agencies and interested members of the public could review the document and provide comments on the content and conclusions of the environmental analysis.

View the Draft EIR by Chapter:

The Final EIR includes written responses to all public comments received on the Draft EIR during the 60-day comment period. The written responses describe the disposition of any significant environmental issues raised. Responses to such issues include changes to the EIR and Campus Master Plan. Note that the Final EIR references and incorporates the Draft EIR. The CSU Board of Trustees certified the Final EIR in 2007 prior to approving the 2007 Campus Master Plan.

View the Final EIR by Chapter:

Cover and Table of Contents

Chapter 3:
Changes to the Draft EIR

Before approving the 2007 Campus Master Plan, CSU made written findings for each significant effect identified in the EIR, accompanied by a brief explanation of the rationale for each finding. Possible findings include an explanation of mitigation measures that have been incorporated into the project that avoid or substantially lessen the significant environmental effect; an explanation of the mitigation measures that are within the responsibility and jurisdiction of another public agency and therefore their implementation cannot be guaranteed by CSU; or specific economic, social or other considerations that make infeasible the mitigation measures or project alternatives identified in the Final EIR.

CSU balanced the benefits of the 2007 campus master plan against its significant unavoidable environmental effects in determining whether to approve it. If the benefits outweighed the unavoidable adverse environmental effects, the adverse effects may be considered "acceptable." CSU stated in writing the specific reasons to support its action based on the Final EIR and/or other information in the record. This "statement of overriding considerations" is included in the record of the project approval and was mentioned in the Notice of Determination.

Click here to view the Statement of Overriding Considerations.

CSU submitted a Notice of Determination to the State Clearinghouse and County Clerk in November of 2007. This document included: project description, identification of environmental impacts, type of environmental determination made, and receipt of fees paid to the Department of Fish and Game. This document initiated a 30 day Statute of Limitations for legal challenge.

Romberg Tiburon Campus is an extraordinary 53-acre bayside campus on the Tiburon Peninsula in Marin County, just 20 miles from SF State's main campus. The campus is located in Central SF Bay, along a natural deep water channel that hugs the shoreline, just inside the Golden Gate. No other institution of higher education has a marine science laboratory located on San Francisco Bay; SF State’s is the only one. 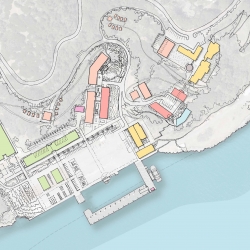 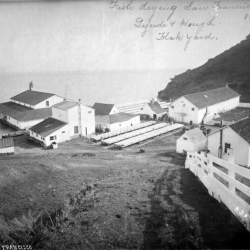 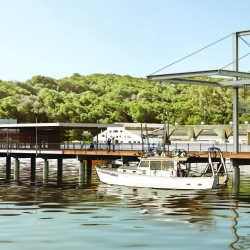 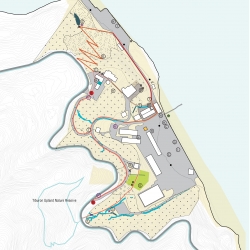 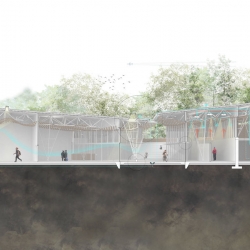 The 2018 competition challenge was to create a zero net energy bayside community education and visitors' center, in support of the mission of the Estuary and Ocean Science Center. 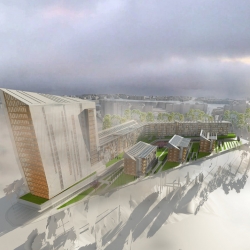 ... and much more at Sustainable SF State

Doing Business with the CSU